Skip to navigation Skip to main content Skip to footer 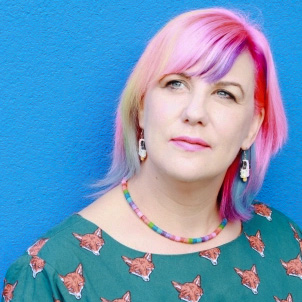 Kate Fox works mainly as a stand-up poet and as a broadcaster and speaker. As she points out on stage, if you say you’re a comedian who does poems, not many people will come and see you; whereas if you say you’re a poet who does comedy…still not many people will come and see you but at least you get Arts Council funding… She enjoys being a variety of things but has found it can make you hard to categorise. Basically she’s a writer and performer and due to her extensive work on the radio in the past few years, quite a few people do come and see her work after all.

She’s also a gentle activist and campaigner for the voices of Northerners, the working class, women and the [neurodivergent] to be heard; mainly by teaching and running workshops in schools and community groups -and by speaking, writing, raising awareness and tutting at injustice and inequality.